Many business personnel prefers setting up their businesses in Singapore, thanks to the ease of operation and the motivation to push the business to extreme levels. Apart from the easy business set-up process, there is another aspect; the tax system in Singapore. Singapore is known to offer the best tax measures that allow the business to thrive. As compared to other countries, there is no capital gains tax; there are extensive double tax treaties, there are attractive personal and corporate tax rates.

Like any other country, business persons, including partnerships, corporations, professionals, trustees, and all other businesses, are entitled to profit tax charges in Singapore except the profits from capital asset sales. This guide gives all the highlights on the tax system in Singapore. After reading through, you can compare it with your mother country.

Forms of Taxes in Singapore

Below are the types of taxes in Singapore:

Excise and Customs Duties – In Singapore, only a few products are subjected to taxation. For example, duties apply to petroleum products, vehicles, tobacco, and liquor. The same applies to excise.

Income Tax – It applies to companies and persons.

Property Tax – If you own a property in Singapore, you pay property tax according to the property’s value.

Stamp Duty – It applies to legal and commercial documents for stock & shares and immovable property.

Goods & Services Tax (GST) – This tax applies to money spent on buying goods and services. It is an indirect tax, and several countries refer to it as VAT (Value Added Tax)

Betting Taxes are applicable for all the betting and lottery activities.

Others – There are foreign worker tax and airport passenger service charges. 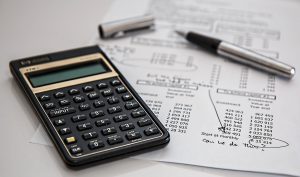 Governing Authority for Taxes in Singapore

The body that deals with tax matters in Singapore is known as the Income Tax Act of Singapore.

In 1960, the IRAS- Inland Revenue Authority of Singapore, formerly known as the Inland Revenue Department, was formed. The body controlled all the agencies involved in revenue collection and the processes involved. The IRAS body has made all the ideas revolving around taxes bearable and straightforward to follow.

The body has been collecting the following taxes:

Since IRAS is the main body dealing with tax issues, it formulates policies, offers administration and technical approaches to every policy.

Apart from policy formulation, the body oversees all the developmental progress in tax environments and economic scales to review areas that require changes. The main goal is to encourage the right tax environment that will see enterprises and businesses grow.

History of Taxes in Singapore

It all began during the war periods. During world war I and II, the tax was introduced in Singapore mainly to generate revenue to fight the war. However, many were against the idea since the tax was something new; it remained a new agenda.

When World War II stopped, there was a need for infrastructure development, hence introducing income tax to generate revenue.

The British colonial government introduced income tax in Singapore under the Colonial Territories Income Tax model. After independence in 1965, there was rapid industrialization, hence introducing tax incentives on industries. This enabled companies to grow.

The service sectors grew immensely in the 1970s. The tax policy played a significant role in expanding the financial sector of Singapore. There were property taxes and taxes to promote urban development.

Singapore became more developed in the 1980s. Businesses were high in Singapore. In the late 1980s, there was a consideration to lower individual and corporate taxes to promote its business growth.

The tax policies faced a different direction in the 1990s. The GST was introduced while direct taxes were lowered.

From 2000 up-to-date, there have been entrepreneurship and innovations taking place. The focus now is on how to attract foreign investment in Singapore.

Inscription and etching services in UAE

DEBUNKING THE MOST COMMON MYTHS RELATED TO PERSONAL...

TIPS FOR IMPROVING CREDIT SCORE WITH THE HELP...

Here’s how to read and understand your credit...

Know about Fixed Deposit and Taxation

DEBUNKING THE MOST COMMON MYTHS RELATED TO...

TIPS FOR IMPROVING CREDIT SCORE WITH THE...

Here’s how to read and understand your...